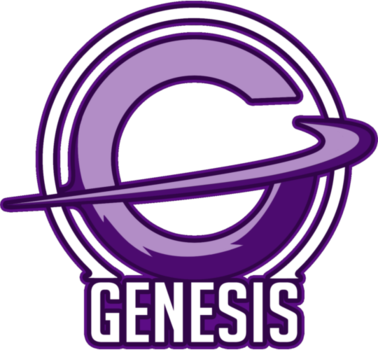 The new RLCS Season 2 has just been announced. And that means roster changes. And I mean alot of roster changes. We’ve seen it with The Flying Dutchmen and with Flipside. And now Genesis joins the club.

We all know team Genesis. The team that made the impossible possible in the first season of the RLCS by completing a reverse sweep againt Mockit-EU. An insane match that had it all.

One of the main contributors who made that sweep possible is stepping down as a player and as sub: Quin Lobdell. Pluto and Espeon will have to find another third man to complete their line up for the upcoming season of RLCS. But what those guys have pulled off in last year’s RLCS, that won’t be a problem.

I will be stepping down both as a player and a sub for @GenesisRL_. Best of luck to @PlutoRL @EspeonRL. Thanks for all the support (1/2)

Considering a transition as a caster, I'll let you know what's in store for me as either a player or a coach/analyst. (2/2)<3 @RocketLeague

Just hours after The Flying Dutchmen announced that they were parting ways, a new team has formed with one of the former TFD members in it!

Vogan just announced on his personal Twitter account that he will be joining Sniperkid and Miztik to form Astrum. As of yet there is no further info or even a twitter page about the team, but I’m sure that something like that is already in the works.

Any team wan’t to scrim against them?

After some hard thinking and consideration, I've decided to leave NG and team up with Markydooda and Kuxir97 in Flipsid3 Tactics.

Now with M1k3Rules on personal leave. Flipside was a man down. But not for long because gReazy just announced on his Twitter account that he will be leaving Northern Gaming for Flipside Tactics.

Is he the right man to replace Mike? Some people say he is the only right replacement. While others have said that there are more suitable players out there. But only time will tell.

Meanwhile Northern Gaming will also be hosting tryouts to try their new third player. Do we have ideas on players we see fit to play for Northern?

.@gReazymeister has decided to move on form the team. Maestro and I will stick together for the time being and trying out new 3rds