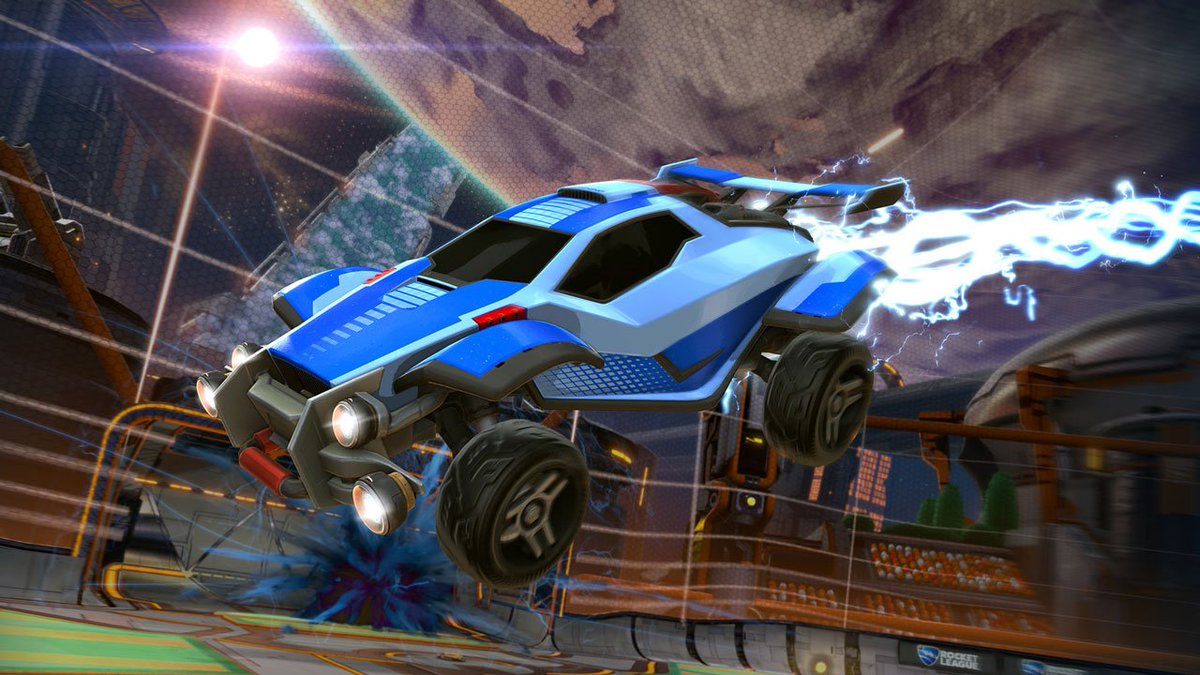 PS4 Pro owners have been waiting on this announcement for a long time! Now it’s finally official. The update will come in the upcoming patch February 21 next week.

And that’s not the only thing coming in this update:

Because it was fun, tons of fun! Coming next week on PS4. XBOX One(!) and PC!

GREAT NEWS: Snow Day will return to our Online playlist next week in ALL versions of the game (Xbox included)! pic.twitter.com/8otaFMhibl

More media are picking up the story of the big hit named Rocket League that hit PS4 and PC users in 2015. And with the big media articles come to little juicy spoilers that we are hoping for. Although it must be said that this one isn’t that big.

Ever since Universal and Psyonix agreed on teaming up and sharing the revenues with the Back To the Future DLC (and doing reasonably well) more iconic cars from movies and series are likely to eventually end up in Rocket League (that is if both Psyonix and other partner can agree on certain things).

For those of you who didn’t read the article on The Wall Street Journal here is why we think KITT (or Knight Rider Industries 2000) could be the next ‘movie/serie car’ to be added to Rocket League:

They are in talks to bring other famous vehicles to “Rocket League,” possibly including KITT from “Knight Rider,” according to Bill Kispert, an executive vice president at Comcast Corp.CMCSA -1.48%’s Universal.

Talks are still ongoing so we could hear something about the next DLC in a few weeks when the dust has settled on the Winter Games Event that has just gone live.

What’s next for Rocket League? Watch for our next announcement, this Wednesday on the @PlayStation Blog! (and yes, it applies to PC too) — Rocket League

Rocket League ( or should we say Psyonix) is busy laying the foundation for the coming years. With the Supersonic Fury, Revenge of the Battle Cars and of course with the Mutators installment the train keeps on rolling.

And the next announcement is already on the way. Earlier today they posted this on their Twitter account with the special mention that there was also something coming for PC. We can only guess!

A special day for any Back To the Future fan who also loves to play Rocket League. The best of both worlds collide today for a special treat: The Delorean Battle Car! Announced a few weeks back and today downloadable.

Since the DeLorean was not only a favorite of many Rocket League players but also the dev team of Rocket League liked the car very much. And now with 88mp/h you can have your own Marty McFly moment in Rocket League.

The Back To The Future Car Pack will go on sale in the PS Store and on Steam for $1,99 or your regional equivalent. Rocket League stated that the Car Pack will be out around 12AM PT for Steam. PS4 users will have the DLC during regional PS Store updates

REMINDER: The DeLorean Time Machine will be out on Steam Oct. 21 at 12am PT and on PS4 during regional store updates — Rocket League

The 1.07 Patch Update is rolling out for @steam_games and @PlayStation 4. Patch Notes: http://rocketleague.psyonix.com/patch-notes  — Rocket League

Psyonix released a new patch for Rocket League which adressed some issues with the ball indicator and will make the unlocking of items such as Halloween more easier. Read full patch list below:

We are aware of reports that some of our PS4 users are experiencing difficulty connecting to our servers. We are currently investigating. — Rocket League

It’s not over yet. A busy week for the Rocket League team. PC players are unaffected this time. They should be able to play without any hick-ups. This time the team is actively pursuing the reports on the bad connections.

HEADS UP: Update v1.05 is rolling out NOW (11am PT). This process could take up to two hours — Rocket League

It’s finally here. The update we’ve waited on for a week since the announcement. While the update is rolled out, servers could get some kind of laggy. So bear with us.

People who are trying to get into Rocket League, but instantly getting kicked out. Try this method:

For those of you being kicked when immediately starting the game, it’s because the patch is still rolling out. Should be done by 1pm PT — Rocket League

A quick roundup on what Rocket League has put in update 1.05:

In our recent round-up  on things to come in Rocket League we used some tweets from the official Rocket League twitter where they shared the first info on the upcoming patch 1.05. Of course, the full patch notes will be released right after the release of the patch. But surprisingly Rocket League has been very open on things that they are working on.

One of the issues that players had was with a sound glitch on the PS4 that would keep you stuck in a loading screen after a match. Tweeted by Brenden. Well, it looks like Rocket League was aware of that glitch and has it patched in the v1.05:

Fixed in 1.05. Coming next week (likely near the end of it by the looks of things) — Rocket League

Always good to hear and read when a dev-team is picking up problems and glitches and have them patched in the next update. Props!

PS: Rocket League also gave us a more specific window on when the update will drop. Looks like at the end of the week!